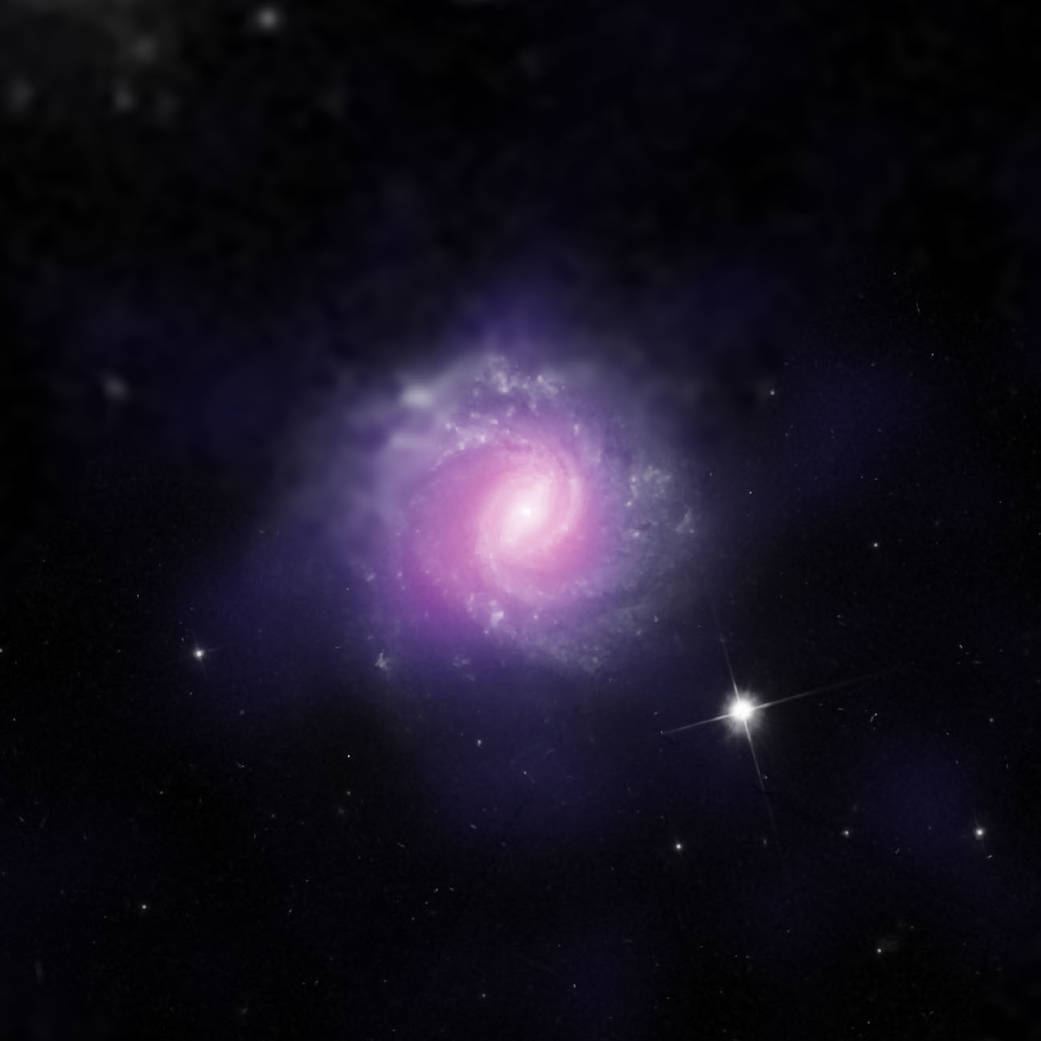 IC 3639, a galaxy with an active galactic nucleus, is seen in this image combining data from the Hubble Space Telescope and the European Southern Observatory.
This galaxy contains an example of a supermassive black hole hidden by gas and dust. Researchers analyzed NuSTAR data from this object and compared them with previous observations from NASA's Chandra X-Ray Observatory and the Japanese-led Suzaku satellite. The findings from NuSTAR, which is more sensitive to higher energy X-rays than these observatories, confirm the nature of IC 3639 as an active galactic nucleus that is heavily obscured, and intrinsically much brighter than observed.
Credit: ESO/NASA/JPL-Caltech/STScI
Editor: Martin Perez
Publicado por salud equitativa en 5:14