EN UNA GALAXIA MUY LEJANA || How Far Away is That Galaxy? Vast Catalog Has Answers | NASA

How Far Away is That Galaxy? Vast Catalog Has Answers | NASA

How Far Away is That 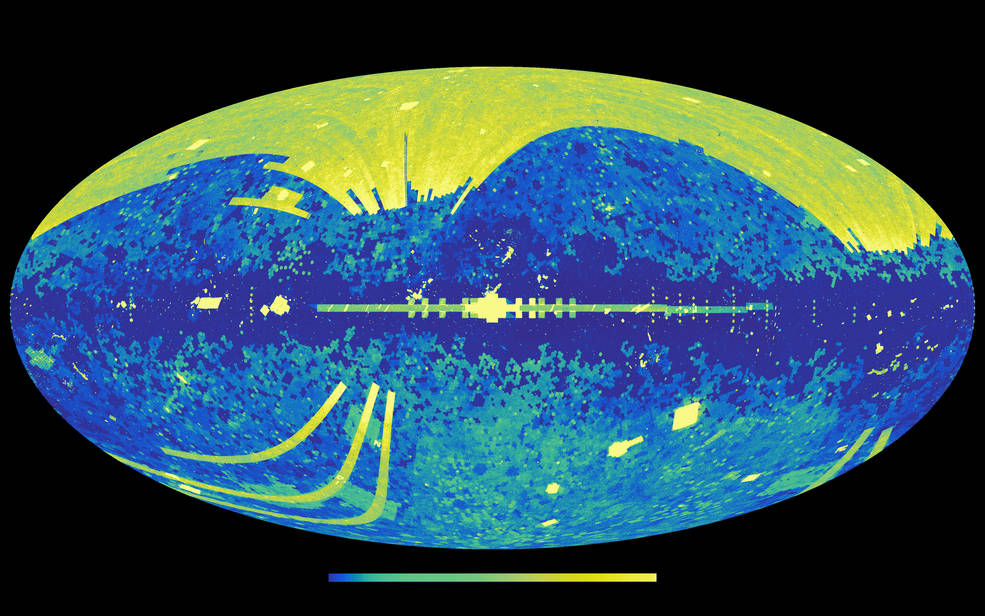 This graphic shows all the cosmic light sources in the sky that are included in the NASA/IPAC Extragalactic Database (NED), an online repository containing information on over 100 million galaxies.
Credits: NASA/JPL-Caltech
Full image and caption
A team of researchers has compiled a special catalog to help astronomers figure out the true distances to tens of thousands of galaxies beyond our own Milky Way.
The catalog, called NED-D, is a critical resource, not only for studying these galaxies, but also for determining the distances to billions of other galaxies strewn throughout the universe. As the catalog continues to grow, astronomers can increasingly rely on it for ever-greater precision in calculating both how big the universe is and how fast it is expanding. NED-D is part of the NASA/IPAC Extragalactic Database (NED), an online repository containing information on more than 100 million galaxies.
"We're thrilled to present this catalog of distances to galaxies as a valuable resource to the astronomical community," said Ian Steer, NED team member, curator of NED-D, and lead author of a new report about the database appearing in The Astronomical Journal. "Learning a cosmic object's distance is key to understanding its properties."
Steer and colleagues presented the paper this week at the 229th meeting of the American Astronomical Society in Grapevine, Texas.
Since other galaxies are extremely far away, there's no tape measure long enough to measure their distances from us. Instead, astronomers rely on extremely bright objects, such as Type La supernovae and pulsating stars called Cepheids variables, as indicators of distance. To calculate how far away a distant galaxy is, scientists use known mathematical relationships between distance and other properties of objects, such as their total emitted energy. More objects useful for these calculations have emerged in recent years. NED-D has revealed that there are now more than six dozen different indicators used to estimate such distances.
NED-D began as a small database pulled together in 2005 by Steer. He began serving at NED the following year to build out the database, poring over the scores of astronomical studies posted online daily, identifying newly calculated distance estimates as well as fresh analyses of older data.
From its humble origins a little over a decade ago, NED-D now hosts upwards of 166,000 distance estimates for more than 77,000 galaxies, along with estimates for some ultra-distant supernovae and energetic gamma ray bursts. To date, NED-D has been cited by researchers in hundreds of studies.
Besides providing a one-stop tabulation of the ever-increasing distance estimates published in the astronomical literature, NED-D -- as well as the broader NED -- can serve as "discovery engines." By pooling tremendous amounts of searchable data, the information repositories can allow scientists to identify novel, exotic phenomena that otherwise would get lost in a deluge of observations. An example is the discovery of "super luminous" spiral galaxies by NED team members, reported last year, which were identified among nearly a million individual galaxies in the NED database.
"NED and its associated databases, including NED-D, are in the process of transforming from data look-up services to legitimate discovery engines for science," said Steer. "Using NED today, astronomers can sift through mountains of 'big data' and discover additional new and amazing perspectives on our universe."
NASA's Jet Propulsion Laboratory, Pasadena, California, manages the NASA/IPAC Extragalactic Database (NED) for NASA's Science Mission Directorate, Astrophysics Division, Washington. NED operations are conducted at the Infrared Processing and Analysis Center (IPAC) at Caltech in Pasadena. Caltech manages JPL for NASA.
The NED archive is at:
http://ned.ipac.caltech.edu
The NED-D archive is found at:
http://ned.ipac.caltech.edu/Library/Distances/
Elizabeth LandauJet Propulsion Laboratory, Pasadena, Calif.818-354-6425elizabeth.landau@jpl.nasa.govWritten by Adam Hadhazy
2017-002
Editor: Martin Perez