The Beauty of Layered Stratigraphy | NASA 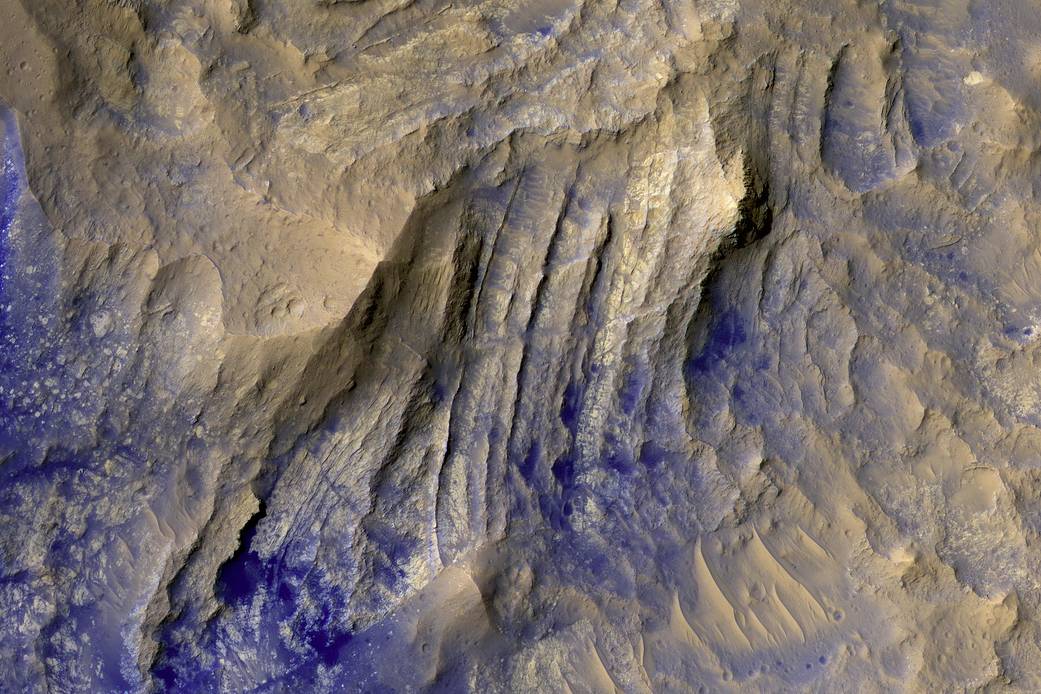 The layered bedrock in this image was brought from several kilometers of depth during the formation of this 44 kilometer wide crater in the volcanic plains of Lunae Planum.
As these layers were exhumed and brought to nearly vertical orientations, faulting and fracturing occurred and breccia dikes formed. Breccias are rocks consisting of angular and sharp fragments, and a dike is a fracture that has been widened by forces pulling apart the rock while simultaneously filling it with rocky materials. Breccia dikes are a common feature in terrestrial craters and can now be recognized in brilliant preservation on Mars.
This high-resolution, false-color image cutout above allows us to see a cross-cutting breccia dike near the bottom of the image.
This is a stereo pair with ESP_017055_1975.
The University of Arizona, Tucson, operates HiRISE, which was built by Ball Aerospace & Technologies Corp., Boulder, Colo. NASA's Jet Propulsion Laboratory, a division of Caltech in Pasadena, California, manages the Mars Reconnaissance Orbiter Project for NASA's Science Mission Directorate, Washington.
Editor: Tony Greicius
Publicado por salud equitativa en 5:39