Doctor Zhivago at 60: a spiritual masterpiece

The personal and the political combine in Pasternak's compelling novel of revolutionary and Soviet Russia. 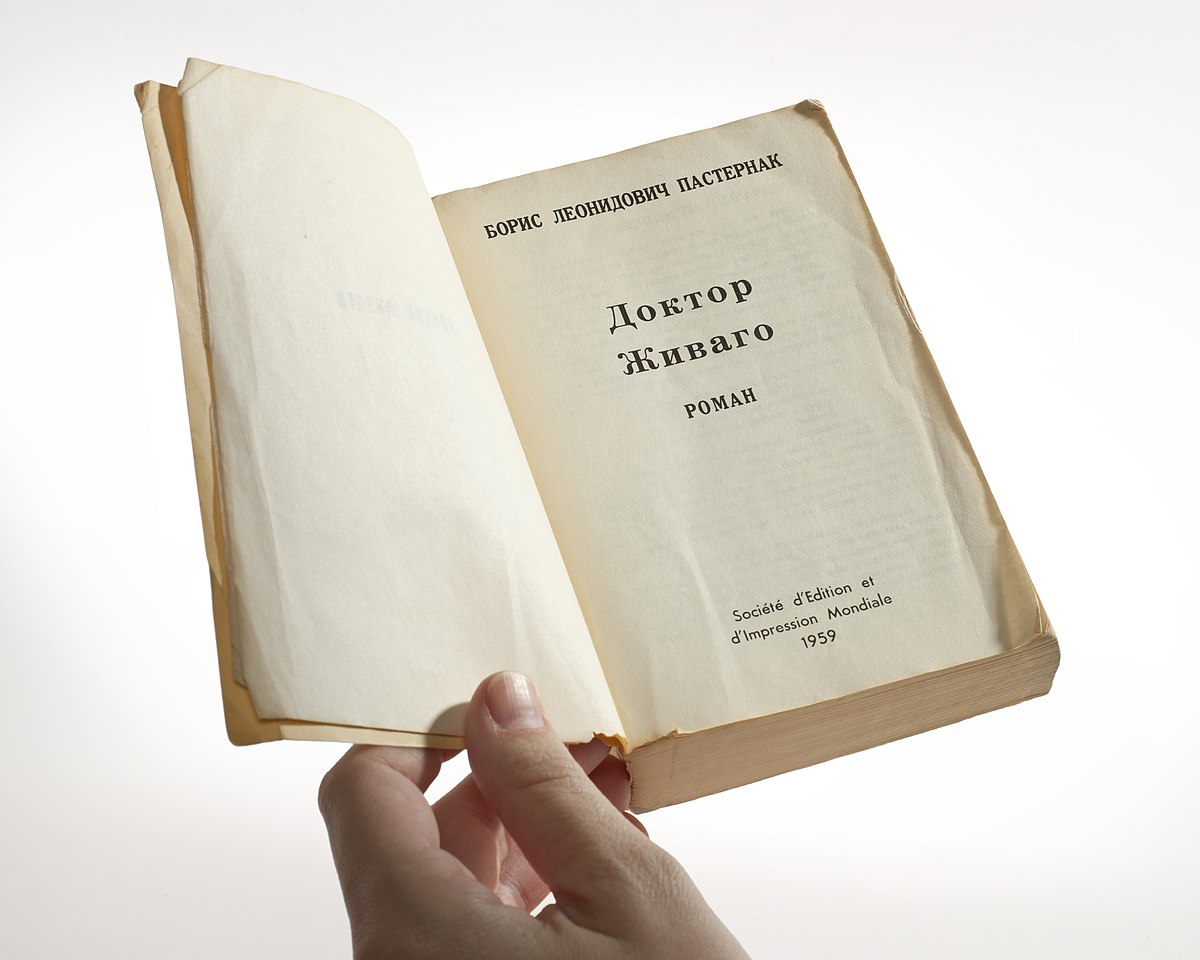 By The Central Intelligence Agency - Miniature Volume of Pasternak's Doctor Zhivago,
Public Domain, Link
This year marks the 60th anniversary of the publication of Boris Pasternak’s famous novel, Doctor Zhivago. Problems with Russian censorship meant it was first published by the Italian publisher, Feltrinelli; the English translation followed in 1958, which was the year I first encountered it, aged twelve. This was the year that Pasternak was awarded the Nobel Prize for Literature, an event given an ominous dimension when he was forced by the Russian authorities to either renounce the prize or be exiled. Pasternak, for whom to live outside his homeland would have been unthinkable, chose the first option. Expelled from the Writers Union, he died, disgraced, in 1960.
This is the familiar background to Doctor Zhivago. Why, after 60 years, is it worth celebrating this book when other Nobel Prize novels have fallen into obscurity? First of all, it is a true work of art. Pasternak was a poet first and a novelist second; his novel is imbued with an almost hypnotically intense poetical consciousness and a verse section containing ten poems was deliberately planned by the author to conclude the prose narrative.
Pasternak’s description of the qualities of a “great poet” in his Essay in Autobiography (he was writing about fellow-Russian Alexander Blok) could be applied to himself: “Passion, gentleness, dedicated insight, his own conception of the world, [a] gift for transforming everything he touched, his own...self-effacing destiny [and] the quickness of his observations.”
These are the key features of his novel, recognised by generations of readers and reflected in the person of the eponymous hero, Yury Zhivago who is, to a significant extent, his author’s alter-ego. The word “Zhivago” is Church Slavonic for “the living”; Zhivago is a poet as well as a medical doctor, “unusually impressionable” and concerned, in his profession, “with the mystery of life and death itself.” Indeed, witnessing the death of his mother-in-law, he muses on the paradox whereby art depicts death, “thereby creating life.” 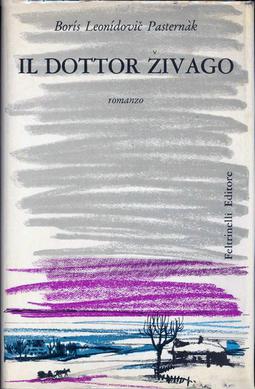 Like Pasternak his creator, Zhivago experiences the most tragic episodes of 20th century Russian history: from the pre-revolutionary period, growing up in a comfortable, cultured milieu; through the turmoil and savagery of the Revolution and the civil war; the setting up of a new, soulless Soviet society during the years leading up to World War II; and concluding in its immediate aftermath.
Thus the novel has a wide historical sweep. Political events are sometimes in the background, sometimes the foreground and always set against the poignant personal story of Zhivago, his friendships and most especially his love-life. This last aspect, highlighted in the popular film by David Lean, reflected the complicated romantic life of Pasternak himself, endlessly conflicted between duty and domesticity and the inspiration of his mistress and muse.
Nonetheless, a classic story including history, romance and poetry may not be a “spiritual masterpiece.” For instance, I would not describe either Wuthering Heights or Middlemarch in these terms, though they are indisputably great novels. What makes Doctor Zhivago a soulful pilgrimage for the reader as well as an imaginative feast is undoubtedly its mystical dimension. I use the word “mystical” in its broadest sense, meaning that Pasternak’s imagination contained a deeply spiritual strain (Zhivago’s Uncle Nikolay states that “the whole of life is symbolic, because the whole of life has meaning”). Indeed, I would say this element is a touchstone of great poetry.
Although not an orthodox (or Orthodox) Christian in the conventional sense, Pasternak believed that human life and history was much more than the expression of blind, inexorable, atheistic and materialistic forces (which was why his novel caused such unease and disquiet for the Soviet authorities.) His poetry is suffused with Gospel themes.
“Destiny”, “fate” and, to a lesser extent, “providential signs”, are words that occur repeatedly at key moments in the novel; places, encounters, dreams and events are all imbued with otherworldly significance; nothing is ever left to vulgar “chance”. For example, Yegraf, Zhivago’s half-brother whom he barely knows, appears mysteriously, almost miraculously, from time to time, to rescue him from the results of his folly and misadventures. Zhivago describes him as “My good genius... a figure who is almost symbolical.”
The personality of Zhivago himself is a tragic, hauntingly fascinating creation: superstitious yet intellectual, dreamer yet a doctor, a flawed, suffering human being for whom everything is refracted through a poetical lens. At first welcoming the Revolution (as did Wordsworth, another poet, in another age) he comes to loathe its violence and to dread its wanton, senseless destruction of traditional values. His creator, in love with “Mother Russia”, was similarly hostile to the brave new world of Communism.
What, ultimately, does this work of art teach us? That truth does not reside in slogans, sound bites or systems but in the long, lonely, spiritual quest of individual men and women.
Francis Phillips writes from Buckinghamshire in the UK. Republished with permission from The Catholic Herald.
Image Credit: Il Dottor Zivago, the first Italian edition cover. By Source, Fair use, Link

There are some very big anniversaries this year, notably the beginnings of the Protestant Reformation with the posting of Martin Luther’s 95 Theses (500 years) and the Russian Revolution (100 years). As Francis Phillips points out in her awesome article today, it is also 50 years since Boris Pasternak’s famous and poetic novel, Doctor Zhivago, was first published – in Italy, thanks to Soviet censors. (According to Wikipedia, it was the CIA that first published the original Russian manuscript in 1959 – no doubt to irritate the Kremlin.)
I remember being swept off my feet by the book at about 20, and copying passages that were especially romantic and inspiring. These days even images from the ever-popular 1965 film with Omar Sharif and Julie Christie have faded, and perhaps that is not a bad thing. Francis has reminded me that I must read the book again and I’d like to do it without the movie rolling in my head.
January is peak divorce month, unfortunately, so Luma Simm’s powerful testimony about the treachery of divorce is timely. I’d also recommend another testimony – Walt Heyer’s very personal critique of National Geographic’s special issue on transgenderism. I can only agree with Heyer, who spent years as a trans woman, that using a 9-year-old boy as a "cover girl" to sell the magazine is simply child exploitation.