The Entrance to Mawrth Vallis | NASA

The Entrance to Mawrth Vallis 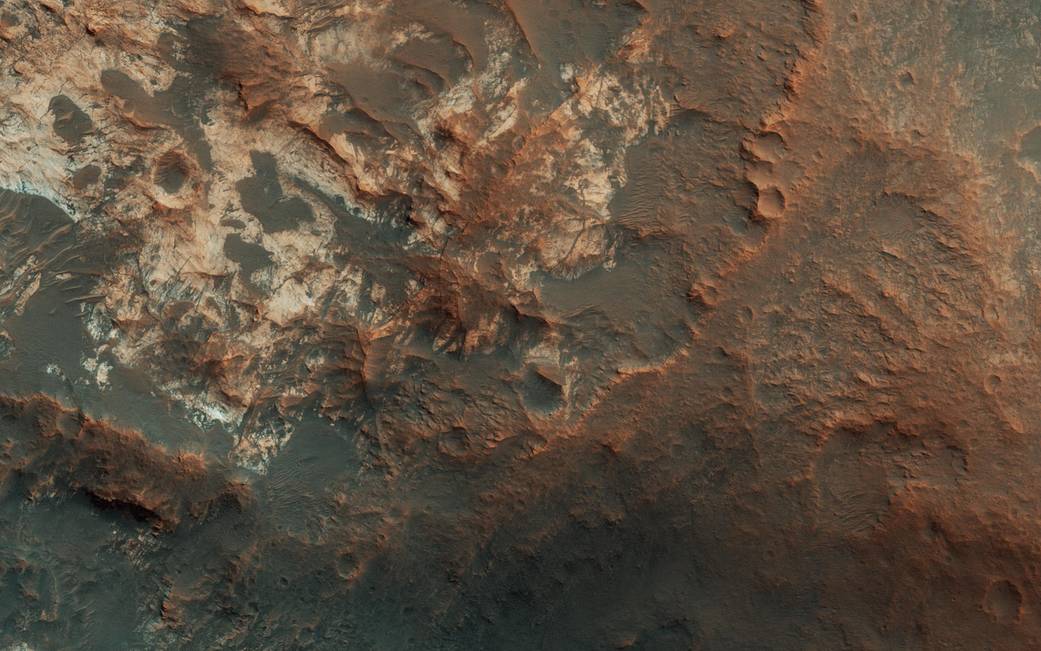 In Andy Weir's "The Martian," stranded astronaut Mark Watney drives from the Ares 3 landing site in Acidalia Planitia towards the Ares 4 landing site in Schiaparelli Crater via Mawrth Vallis. This image covers the entrance to Mawrth Vallis. (Have a look at the scene in 3D.)
As you can tell, driving over this terrain will be much more difficult than it was depicted in the novel or the movie.
The map is projected here at a scale of 50 centimeters (19.7 inches) per pixel. [The original image scale is 58.5 centimeters (19.1 inches) per pixel (with 2 x 2 binning); objects on the order of 176 centimeters (69.2 inches) across are resolved.] North is up.
This is a stereo pair with ESP_048595_2060.
The University of Arizona, Tucson, operates HiRISE, which was built by Ball Aerospace & Technologies Corp., Boulder, Colo. NASA's Jet Propulsion Laboratory, a division of Caltech in Pasadena, California, manages the Mars Reconnaissance Orbiter Project for NASA's Science Mission Directorate, Washington.
Image credit: NASA/JPL-Caltech/Univ. of Arizona
Editor: Tony Greicius
Publicado por salud equitativa en 11:58