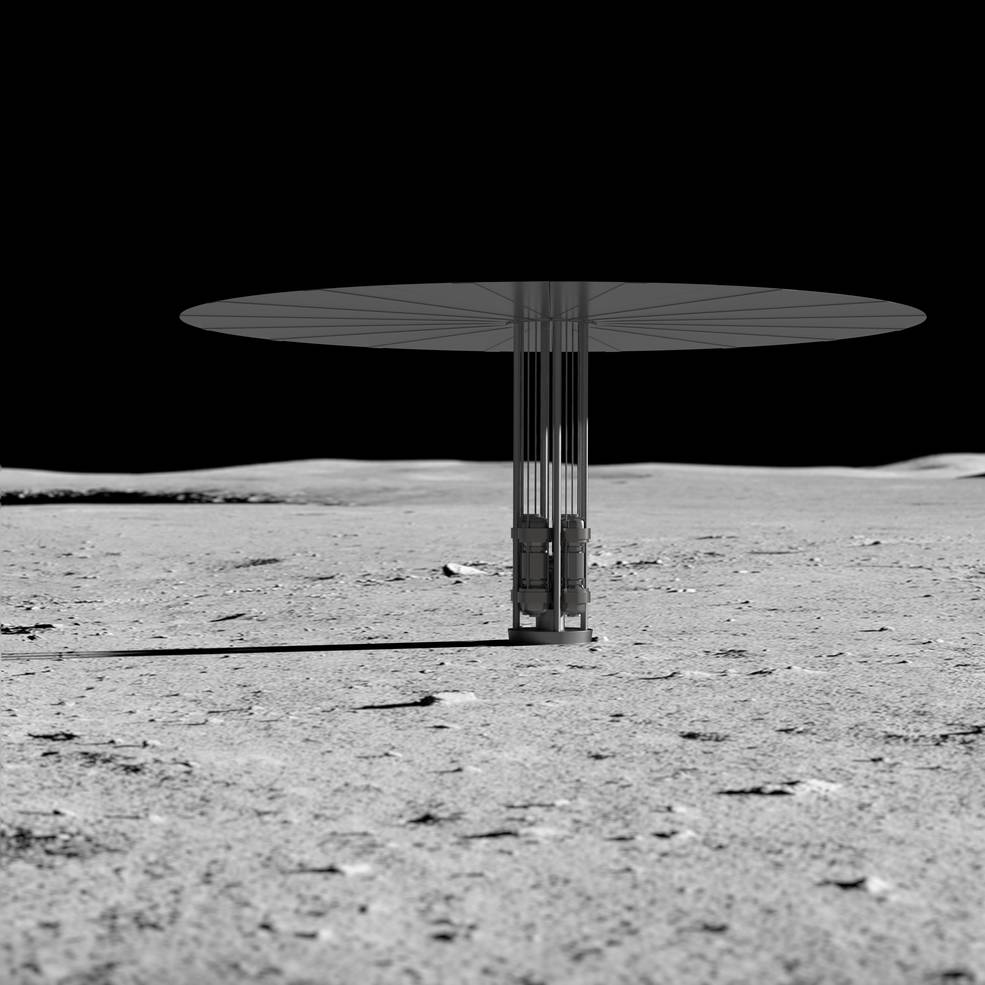 Artist's concept of new fission power system on the lunar surface.
Credits: NASA
NASA and the Department of Energy’s National Nuclear Security Administration (NNSA) have successfully demonstrated a new nuclear reactor power system that could enable long-duration crewed missions to the Moon, Mars and destinations beyond.
NASA announced the results of the demonstration, called the Kilopower Reactor Using Stirling Technology (KRUSTY) experiment,during a news conference Wednesday at its Glenn Research Center in Cleveland. The Kilopower experimentwas conducted at the NNSA’s Nevada National Security Site from November 2017 through March.
“Safe, efficient and plentiful energy will be the key to future robotic and human exploration,” said Jim Reuter, NASA’s acting associate administrator for the Space Technology Mission Directorate (STMD) in Washington. “I expect the Kilopower project to be an essential part of lunar and Mars power architectures as they evolve.” 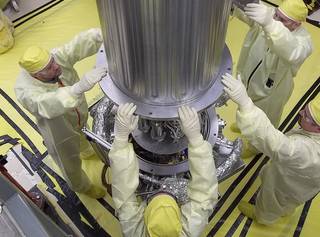 NASA and NNSA engineers lower the wall of the vacuum chamber around the Kilowatt Reactor Using Stirling TechnologY (KRUSTY system). The vacuum chamber is later evacuated to simulate the conditions of space when KRUSTY operates.
Credits: Los Alamos National Laboratory
​Kilopower is a small, lightweight fission power system capable of providing up to 10 kilowatts of electrical power - enough to run several average households - continuously for at least 10 years. Four Kilopower units would provide enough power to establish an outpost.
According to Marc Gibson, lead Kilopower engineer at Glenn, the pioneering power system is ideal for the Moon, where power generation from sunlight is difficult because lunar nights are equivalent to 14 days on Earth.
“Kilopower gives us the ability to do much higher power missions, and to explore the shadowed craters of the Moon,” said Gibson. “When we start sending astronauts for long stays on the Moon and to other planets, that’s going to require a new class of power that we’ve never needed before.”
The prototype power system uses a solid, cast uranium-235 reactor core, about the size of a paper towel roll. Passive sodium heat pipes transfer reactor heat to high-efficiency Stirling engines, which convert the heat to electricity.
According to David Poston, the chief reactor designer at NNSA’s Los Alamos National Laboratory, the purpose of the recent experiment in Nevada was two-fold: to demonstrate that the system can create electricity with fission power, and to show the system is stable and safe no matter what environment it encounters. “We threw everything we could at this reactor, in terms of nominal and off-normal operating scenarios and KRUSTY passed with flying colors,” said Poston.
The Kilopower team conducted the experiment in four phases. The first two phases, conducted without power, confirmed that each component of the system behaved as expected. During the third phase, the team increased power to heat the core incrementally before moving on to the final phase. The experiment culminated with a 28-hour, full-power test that simulated a mission, including reactor startup, ramp to full power, steady operation and shutdown.
Throughout the experiment, the team simulated power reduction, failed engines and failed heat pipes, showing that the system could continue to operate and successfully handle multiple failures.
“We put the system through its paces,” said Gibson. “We understand the reactor very well, and this test proved that the system works the way we designed it to work. No matter what environment we expose it to, the reactor performs very well.”
The Kilopower project is developing mission concepts and performing additional risk reduction activities to prepare for a possible future flight demonstration. The project will remain a part of the STMD’s Game Changing Development program with the goal of transitioning to the Technology Demonstration Mission program in Fiscal Year 2020. 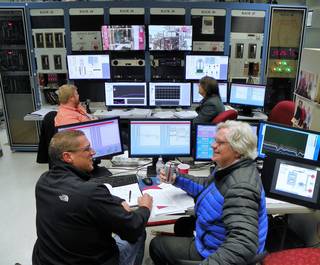