Postcard from the Ring Plane | NASA

Postcard from the Ring Plane | NASA

Postcard from the Ring Plane 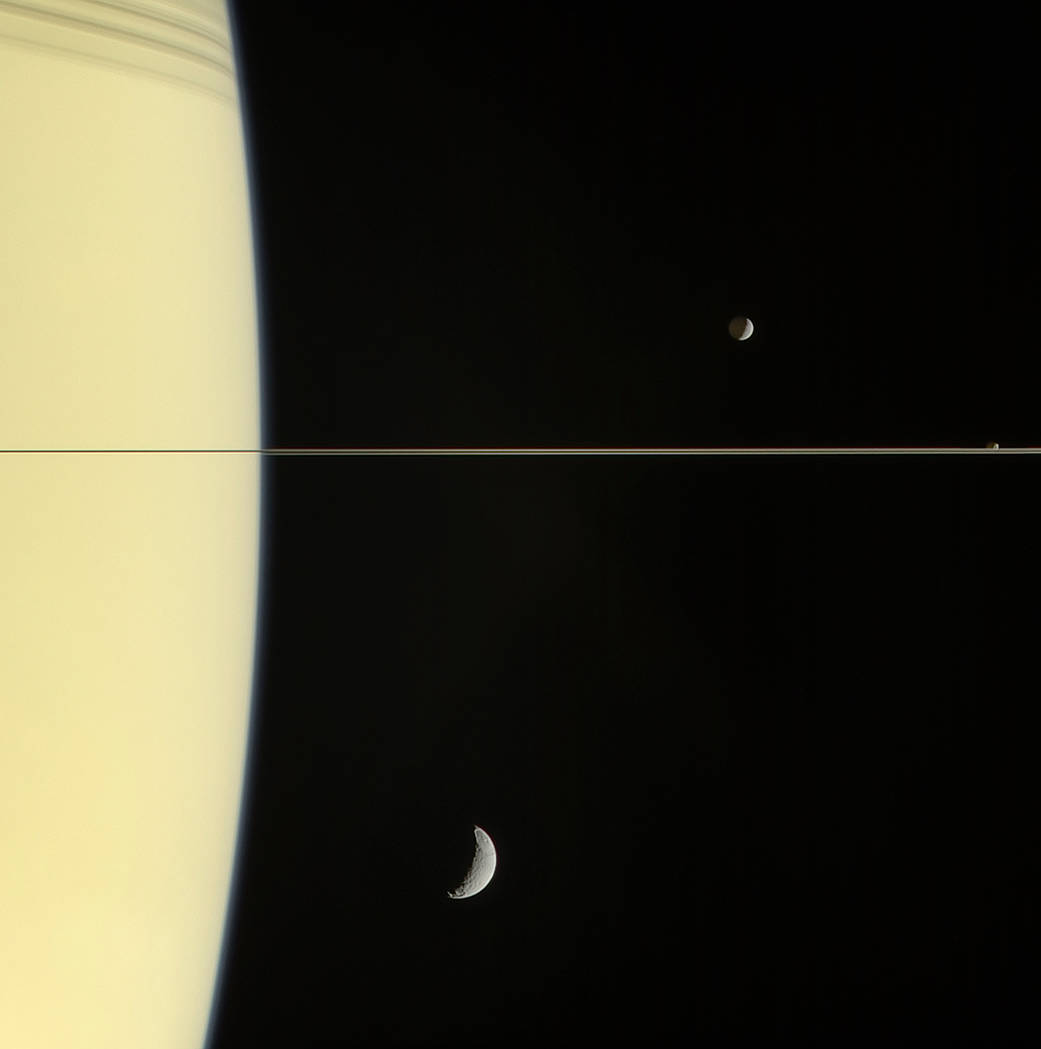 On March 13, 2006 Cassini’s narrow-angle camera captured this look at Saturn and its rings, seen here nearly edge on. The frame also features Mimas and tiny Janus (above the rings), and Tethys (below the rings). “Above” and “below” the rings is mostly a matter of perspective here. All three moons and the rings orbit Saturn in roughly the same plane.
The night side of Mimas is gently illuminated by “Saturnshine,” sunlight reflected from the planet’s cloud tops.
Images taken using red, green and blue spectral filters were combined to create this natural color view, taken at a distance of approximately 1.7 million miles (2.7 million kilometers) from Saturn.The Cassini spacecraft ended its mission on Sept. 15, 2017
The Cassini mission is a cooperative project of NASA, ESA (the European Space Agency) and the Italian Space Agency. The Jet Propulsion Laboratory, a division of the California Institute of Technology in Pasadena, manages the mission for NASA's Science Mission Directorate, Washington. The Cassini orbiter and its two onboard cameras were designed, developed and assembled at JPL. The imaging operations center is based at the Space Science Institute in Boulder, Colorado.
For more information about the Cassini-Huygens mission visit https://saturn.jpl.nasa.gov and https://www.nasa.gov/cassini. The Cassini imaging team homepage is at http://ciclops.org.
Credit: NASA/JPL-Caltech/Space Science Institute
Image download options
Editor: Tony Greicius
Publicado por salud equitativa en 12:18