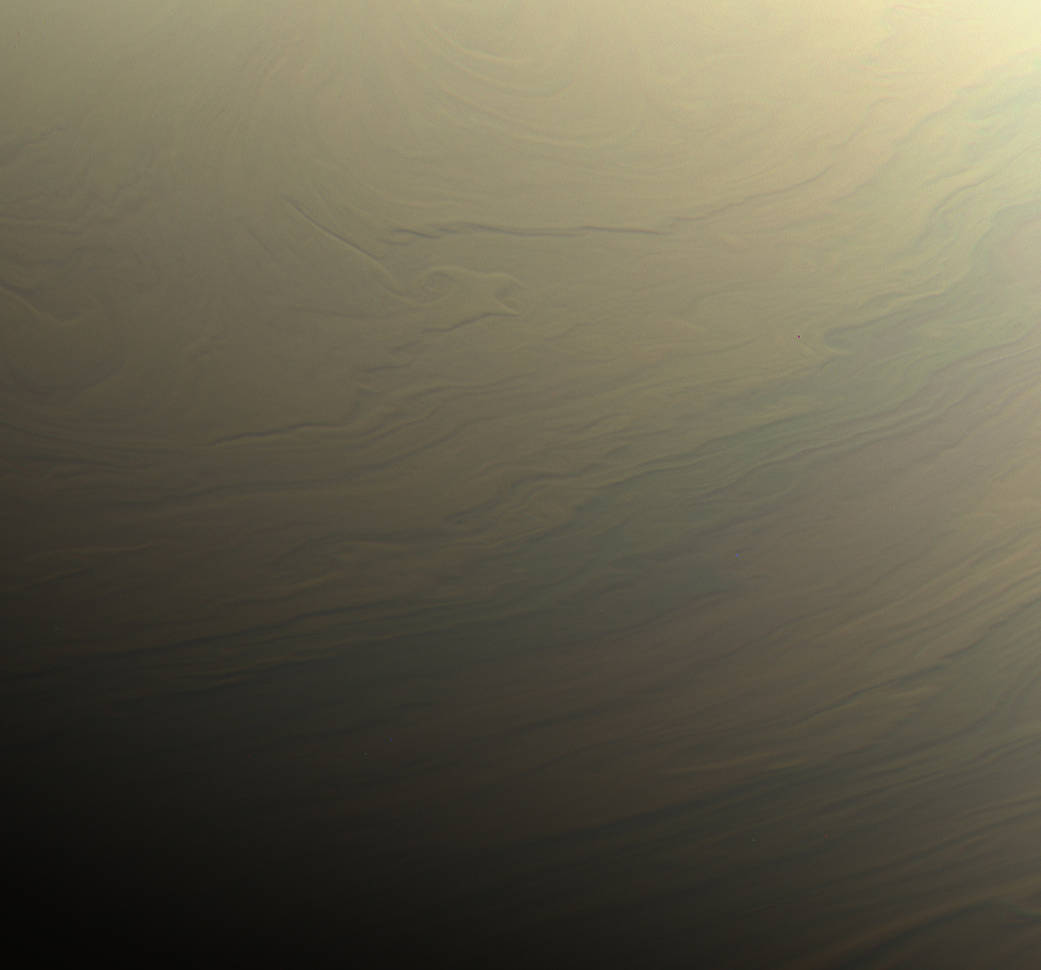 NASA's Cassini spacecraft gazed toward the northern hemisphere of Saturn to spy subtle, multi-hued bands in the clouds there.
This view looks toward the terminator -- the dividing line between night and day -- at lower left. The sun shines at low angles along this boundary, in places highlighting vertical structure in the clouds. Some vertical relief is apparent in this view, with higher clouds casting shadows over those at lower altitude.
Images taken with the Cassini spacecraft narrow-angle camera using red, green and blue spectral filters were combined to create this natural-color view. The images were acquired on Aug. 31, 2017, at a distance of approximately 700,000 miles (1.1 million kilometers) from Saturn. Image scale is about 4 miles (6 kilometers) per pixel.
The Cassini mission is a cooperative project of NASA, ESA (the European Space Agency) and the Italian Space Agency. The Jet Propulsion Laboratory, a division of Caltech in Pasadena, California, manages the mission for NASA's Science Mission Directorate, Washington. The Cassini orbiter and its two onboard cameras were designed, developed and assembled at JPL. The imaging operations center is based at the Space Science Institute in Boulder, Colorado.
For more information about the Cassini-Huygens mission visit https://saturn.jpl.nasa.gov and https://www.nasa.gov/cassini. The Cassini imaging team homepage is at https://ciclops.org.
Editor: Tony Greicius
Publicado por salud equitativa en 12:53