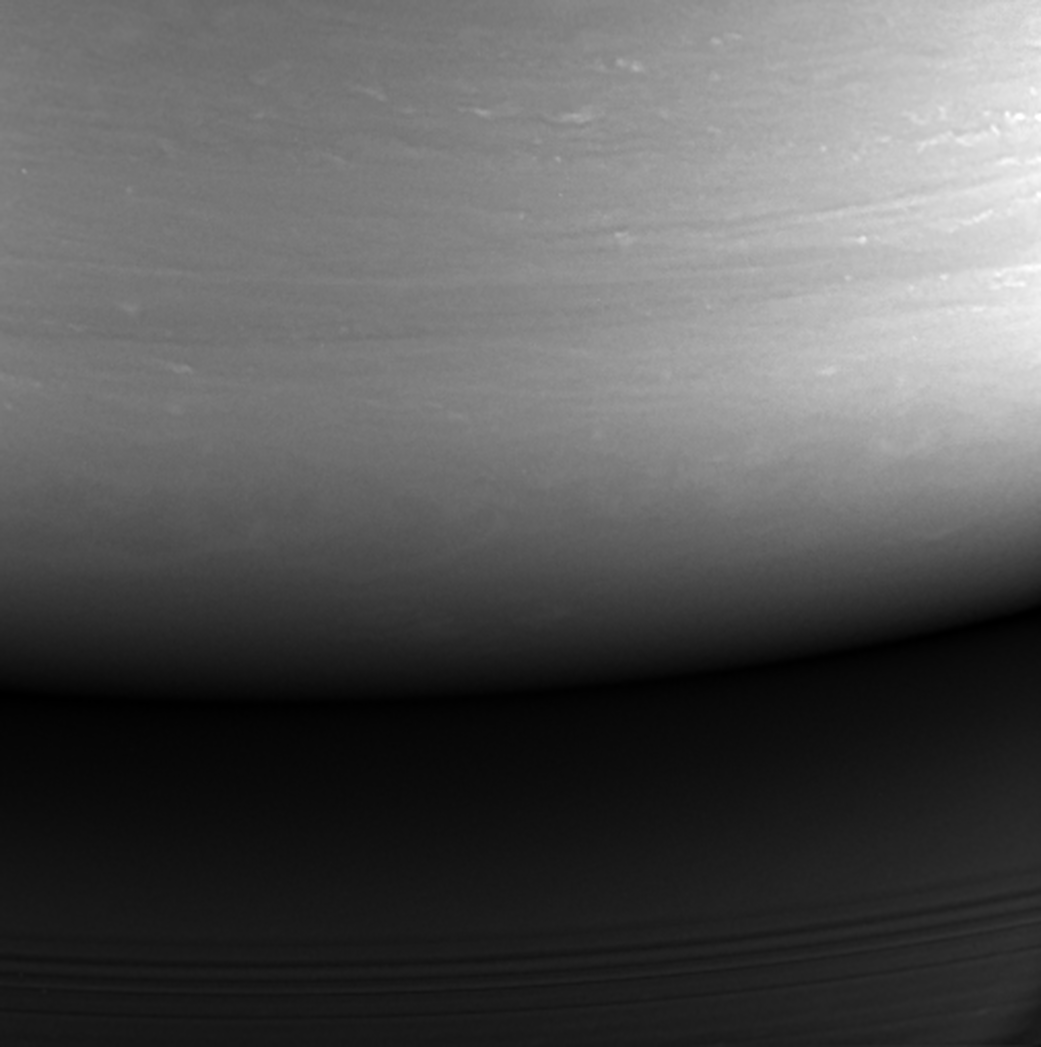 This monochrome view is the last image taken by the imaging cameras on NASA's Cassini spacecraft. It looks toward the planet's night side, lit by reflected light from the rings, and shows the location at which the spacecraft would enter the planet's atmosphere hours later. 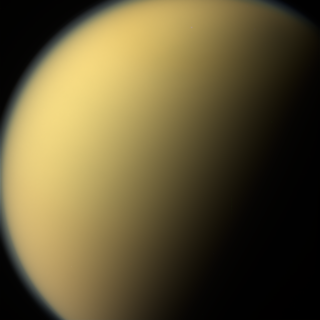 As it glanced around the Saturn system one final time, NASA's Cassini spacecraft captured this view of the planet's giant moon Titan.
Credits: NASA/JPL-Caltech/Space Science Institute
A natural color view, created using images taken with red, green and blue spectral filters, is also provided (Figure B, right). The imaging cameras obtained this view at approximately the same time that Cassini's visual and infrared mapping spectrometer made its own observations of the impact area in the thermal infrared.
This location -- the site of Cassini's atmospheric entry -- was at this time on the night side of the planet, but would rotate into daylight by the time Cassini made its final dive into Saturn's upper atmosphere, ending its remarkable 13-year exploration of Saturn.
The view was acquired on Sept. 14, 2017 at 19:59 UTC (spacecraft event time). The view was taken in visible light using the Cassini spacecraft wide-angle camera at a distance of 394,000 miles (634,000 kilometers) from Saturn. Image scale is about 11 miles (17 kilometers).
The Cassini mission is a cooperative project of NASA, ESA (the European Space Agency) and the Italian Space Agency. The Jet Propulsion Laboratory, a division of Caltech in Pasadena, manages the mission for NASA's Science Mission Directorate, Washington. The Cassini orbiter and its two onboard cameras were designed, developed and assembled at JPL. The imaging operations center is based at the Space Science Institute in Boulder, Colorado.
For more information about the Cassini-Huygens mission visit https://saturn.jpl.nasa.gov and https://www.nasa.gov/cassini. The Cassini imaging team homepage is at https://ciclops.org.
Image Credit: NASA/JPL-Caltech/Space Science Institute
Editor: Sarah Loff
Publicado por salud equitativa en 8:52