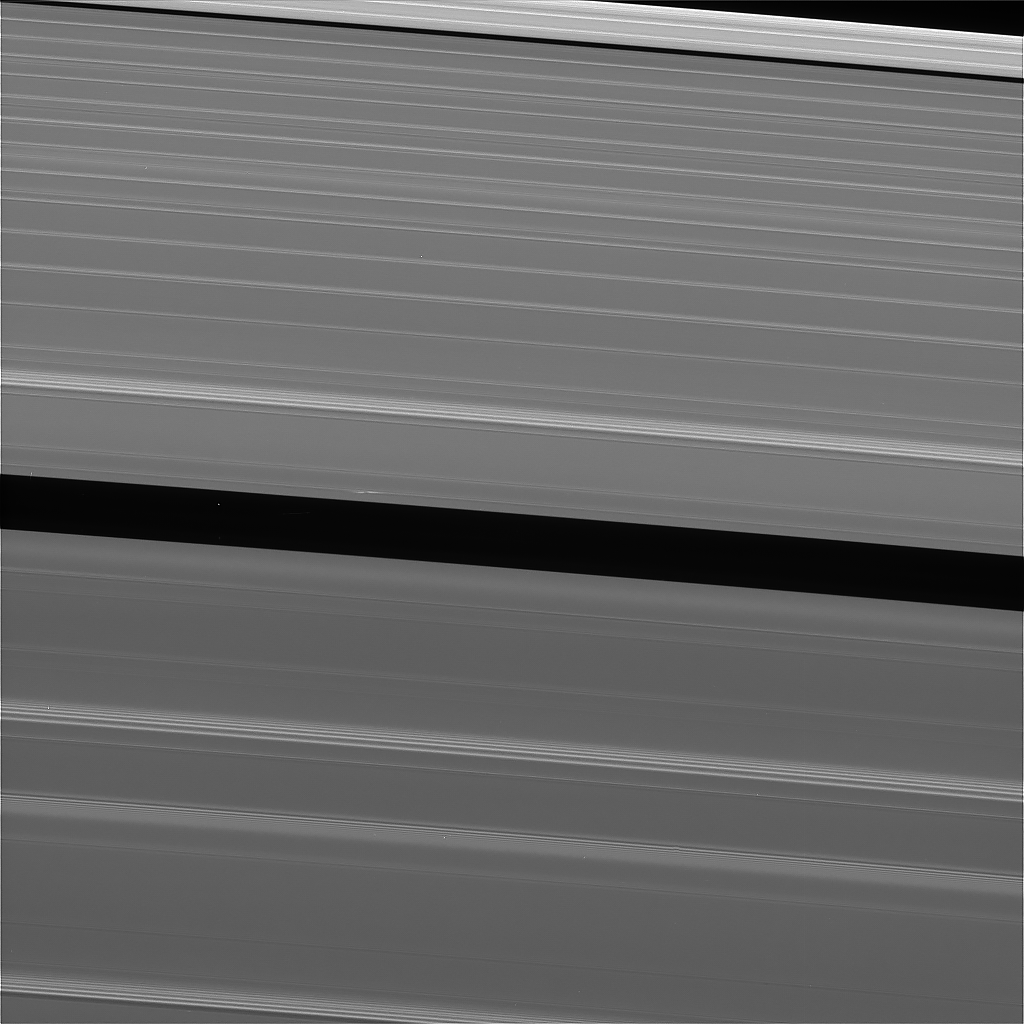 This view of Saturn's A ring features a lone "propeller" -- one of many such features created by small moonlets embedded in the rings as they attempt, unsuccessfully, to open gaps in the ring material. The image was taken by NASA's Cassini spacecraft on Sept. 13, 2017. It is among the last images Cassini sent back to Earth.
The view was taken in visible light using the Cassini spacecraft wide-angle camera at a distance of 420,000 miles (676,000 kilometers) from Saturn. Image scale is 2.3 miles (3.7 kilometers).
The Cassini mission is a cooperative project of NASA, ESA (the European Space Agency) and the Italian Space Agency. The Jet Propulsion Laboratory, a division of Caltech in Pasadena, manages the mission for NASA's Science Mission Directorate, Washington. The Cassini orbiter and its two onboard cameras were designed, developed and assembled at JPL. The imaging operations center is based at the Space Science Institute in Boulder, Colorado.
For more information about the Cassini-Huygens mission visit https://saturn.jpl.nasa.gov and https://www.nasa.gov/cassini. The Cassini imaging team homepage is at https://ciclops.org.
Image Credit: NASA/JPL-Caltech/Space Science Institute
Editor: Sarah Loff
Publicado por salud equitativa en 8:51