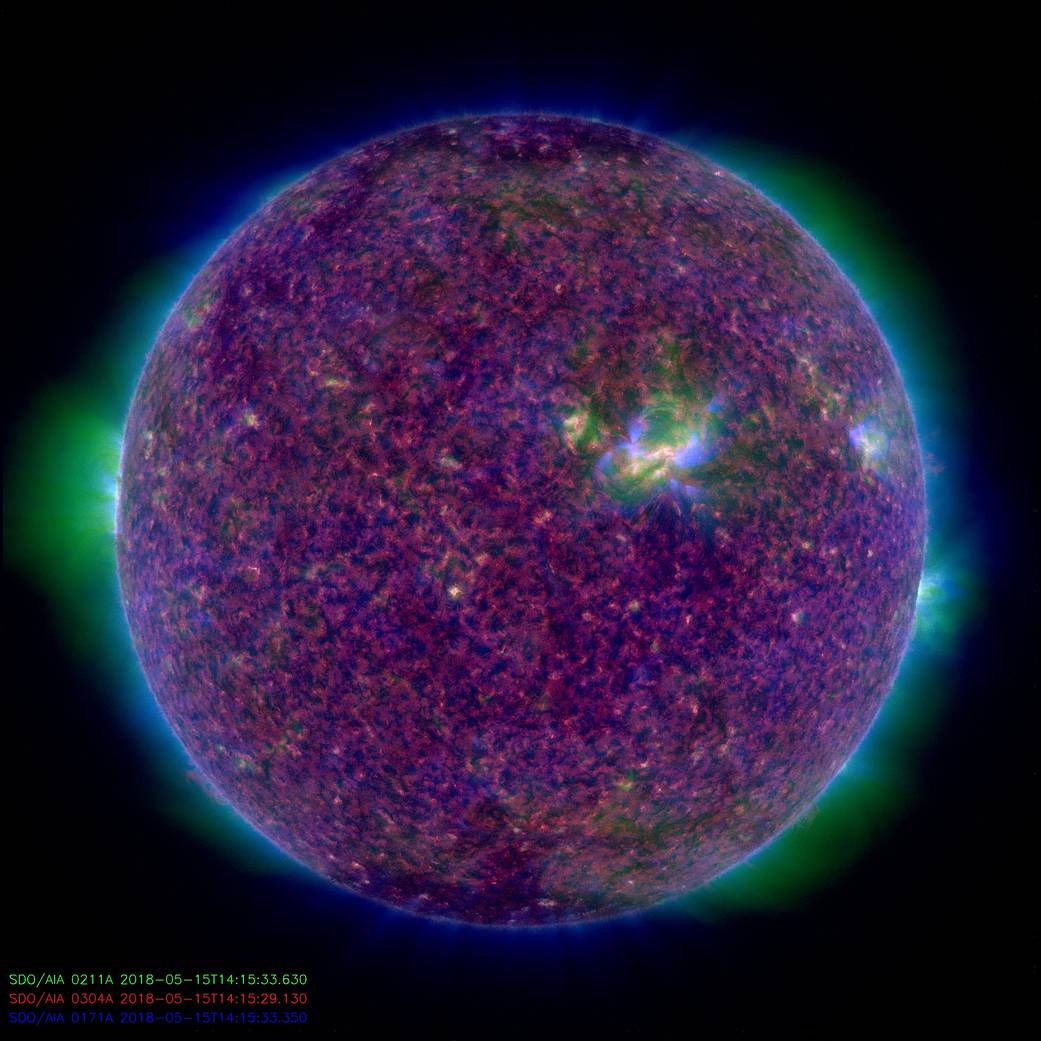 Each and every day NASA's Solar Dynamics Observatory (SDO) observes our Sun and relays observational data to scientists on Earth in an effort to understand the causes of solar variability and its impacts on Earth. SDO is helping researchers understand the Sun's influence on Earth and Near-Earth space by studying the solar atmosphere on small scales of space and time and in many wavelengths simultaneously.
SDO's goal is to understand, driving towards a predictive capability, the solar variations that influence life on Earth and humanity's technological systems by determining how the Sun's magnetic field is generated and structured, and also how this stored magnetic energy is converted and released into the heliosphere and geospace in the form of solar wind, energetic particles, and variations in the solar irradiance.
This image of the Sun was taken on May 15, 2018, by SDO. See other images from today's SDO observations.
Image Credit: NASA/Solar Dynamics Observatory
Editor: Yvette Smith
Publicado por salud equitativa en 12:02