Hubble Views a Galaxy with an Active Center | NASA

Hubble Views a Galaxy with an Active Center | NASA

with an Active Center 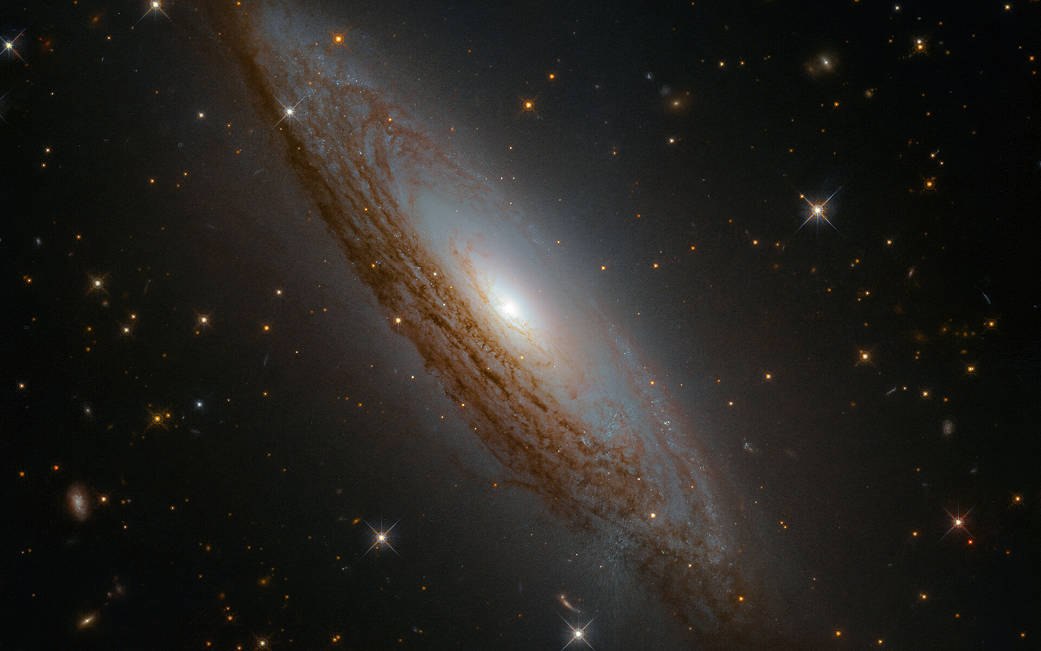 This swirling mass of celestial gas, dust and stars is a moderately luminous spiral galaxy named ESO 021-G004, located just under 130 million light-years away.
This galaxy has something known as an active galactic nucleus. While this phrase sounds complex, this simply means that astronomers measure a lot of radiation at all wavelengths coming from the center of the galaxy. This radiation is generated by material falling inward into the very central region of ESO 021-G004, and meeting the behemoth lurking there — a supermassive black hole. As material falls toward this black hole it is dragged into orbit as part of an accretion disk; it becomes superheated as it swirls around and around, emitting characteristic high-energy radiation until it is eventually devoured.
The data comprising this image were gathered by the Wide Field Camera 3 aboard the NASA/ESA Hubble Space Telescope.
Text credit: ESA (European Space Agency)Image Credit: ESA/Hubble & NASA, D. Rosario et al.
Editor: Lynn Jenner
Publicado por salud equitativa en 12:46