with a Hot Corona 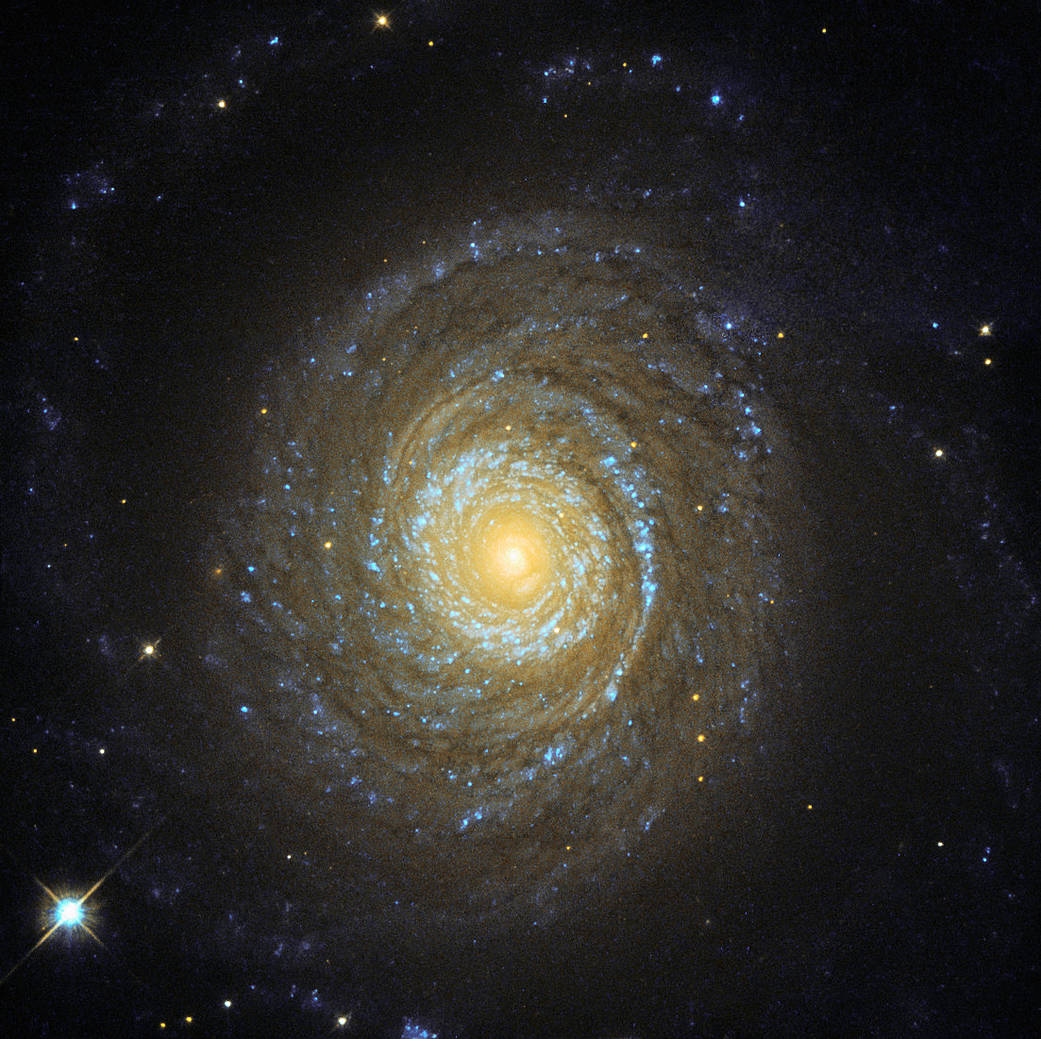 Galaxy NGC 6753, imaged here by the NASA/ESA Hubble Space Telescope, is a whirl of color — the bursts of blue throughout the spiral arms are regions filled with young stars glowing brightly in ultraviolet light, while redder areas are filled with older stars emitting in the cooler near-infrared.
But there is more in this galaxy than meets the Hubble eye.  At 150 million light-years from Earth, astronomers highlighted NGC 6753 as one of only two known spiral galaxies that were both massive enough and close enough to permit detailed observations of their coronas. Galactic coronas are huge, invisible regions of hot gas that surround a galaxy’s visible bulk, forming a spheroidal shape. Coronas are so hot that they can be detected by their X-ray emission, far beyond the optical radius of the galaxy. Because they are so wispy, these coronas are extremely difficult to detect.
Galactic coronas are an example of telltale signs astronomers seek to help them determine how galaxies form. Despite the advances made in past decades, the process of galaxy formation remains an open question in astronomy. Various theories have been suggested, but since galaxies come in all shapes and sizes — including elliptical, spiral, and irregular — no single theory has so far been able to satisfactorily explain the origins of all the galaxies we see throughout the Universe. For more information about Hubble, visit: www.nasa.gov/hubble
Credit: ESA/Hubble & NASA, Acknowledgement: Judy SchmidtText credit: European Space Agency
Editor: Karl Hille
Publicado por salud equitativa en 12:49