Mixtures of Sulfates in Melas Chasma 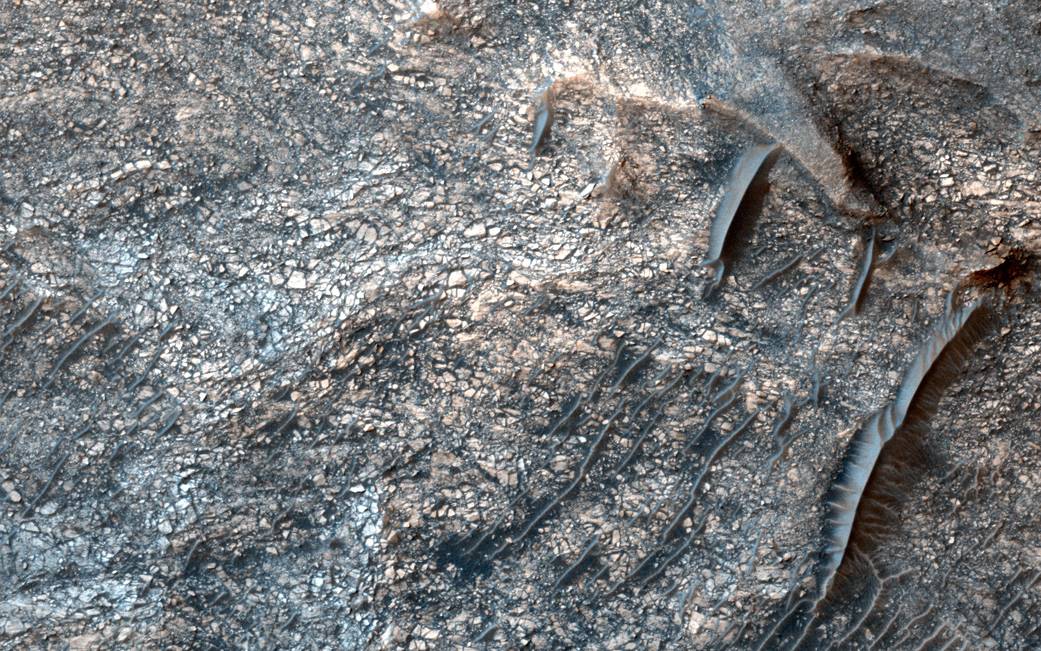 In this image from NASA's Mars Reconnaissance Orbiter, layering within the light-toned sulfate deposit is the result of different states of hydration. Some of the layers have sulfates with little water (known as monohydrated sulfates) whereas other layers have higher amounts of water (called polyhydrated sulfates). The different amounts of water within the sulfates may reflect changes in the water chemistry during deposition of the sulfates, or may have occurred after the sulfates were laid down when heat or pressure forced the water out of some layers, causing a decrease in the hydration state.
Many locations on Mars have sulfates, which are sedimentary rocks formed in water. Within Valles Marineris, the large canyon system that cuts across the planet, there are big and thick sequences of sulfates.
The CRISM instrument on MRO is crucial for telling scientists which type of sulfate is associated with each layer, because each hydration state will produce a spectrum with absorptions at specific wavelengths depending upon the amount of water contained within the sulfate.
The University of Arizona, Tucson, operates HiRISE, which was built by Ball Aerospace & Technologies Corp., Boulder, Colo. NASA's Jet Propulsion Laboratory, a division of Caltech in Pasadena, California, manages the Mars Reconnaissance Orbiter Project for NASA's Science Mission Directorate, Washington.
Image credit: NASA/JPL-Caltech/Univ. of Arizona
Image download options
Editor: Tony Greicius
Publicado por salud equitativa en 11:45