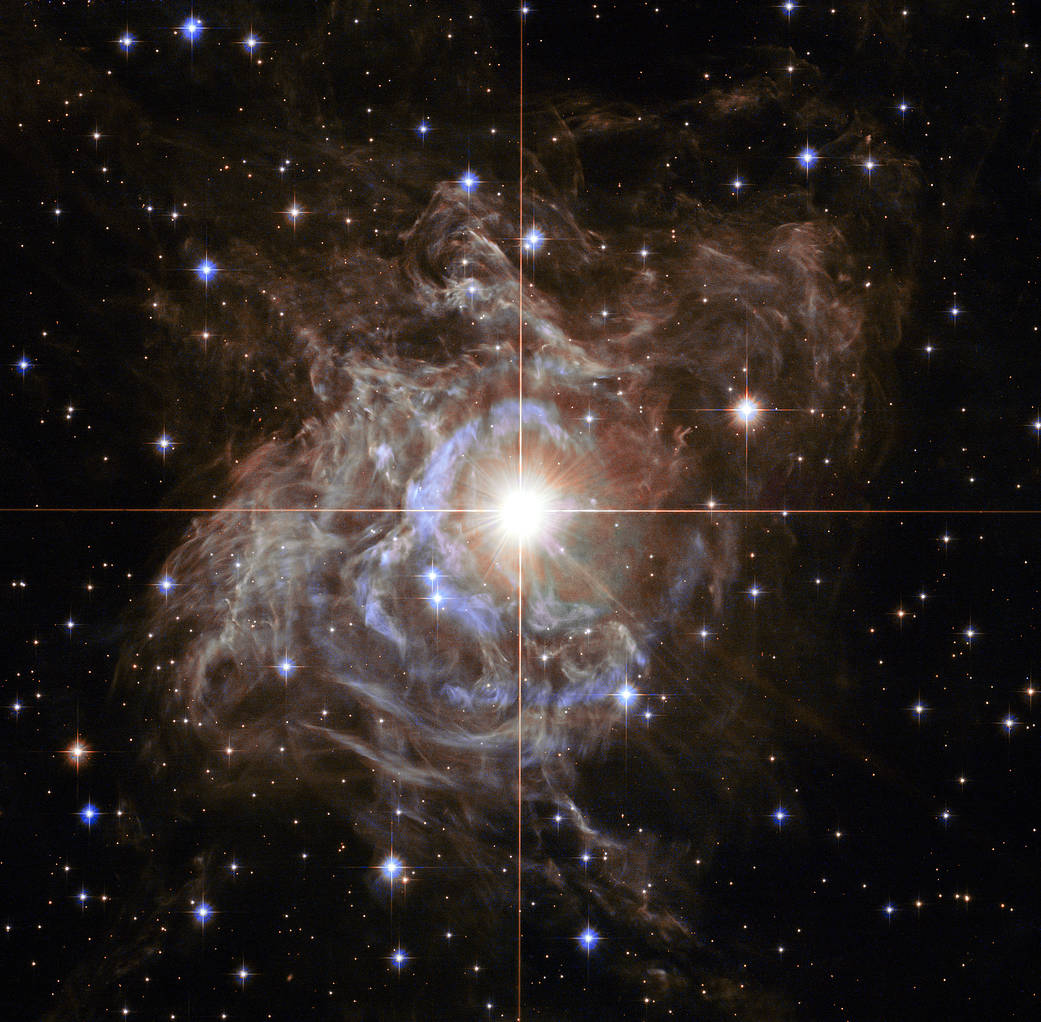 This festive NASA Hubble Space Telescope image resembles a holiday wreath made of sparkling lights. The bright southern hemisphere star RS Puppis, at the center of the image, is swaddled in a gossamer cocoon of reflective dust illuminated by the glittering star. The super star is ten times more massive than the Sun and 200 times larger.
RS Puppis rhythmically brightens and dims over a six-week cycle. It is one of the most luminous in the class of so-called Cepheid variable stars. Its average intrinsic brightness is 15,000 times greater than the Sun's luminosity.
The nebula flickers in brightness as pulses of light from the Cepheid propagate outwards. Hubble took a series of photos of light flashes rippling across the nebula in a phenomenon known as a "light echo." Even though light travels through space fast enough to span the gap between Earth and the Moon in a little over a second, the nebula is so large that reflected light can actually be photographed traversing the nebula.
By observing the fluctuation of light in RS Puppis itself, as well as recording the faint reflections of light pulses moving across the nebula, astronomers are able to measure these light echoes and pin down a very accurate distance. The distance to RS Puppis has been narrowed down to 6,500 light-years (with a margin of error of only one percent).
Image credit: NASA, ESA and the Hubble Heritage Team (STScI/AURA) – Hubble/Europe Collaboration; Acknowledgement: H. Bond (STScI and Pennsylvania State University)
Text credit: Space Telescope Science Institute (STScI)
Editor: Karl Hille
Publicado por salud equitativa en 12:29